Analysis on Imports and Exports of India

The required values are in various sub-pages of the above-mentioned websites and
we have manually copied the values of below said data variables into a
*.CSV file. This file can be downloaded from Imports & Exports of India

Data for this analysis has below variables

All above USD & INR values are reported values in the current price.

The below chart is a representation of import, export & trade deficit in
a single line chart. We have a separate chart for INR & USD values. The
percentage values mentioned above each point are the “positive growth”/“negative growth” from the
previous year value. 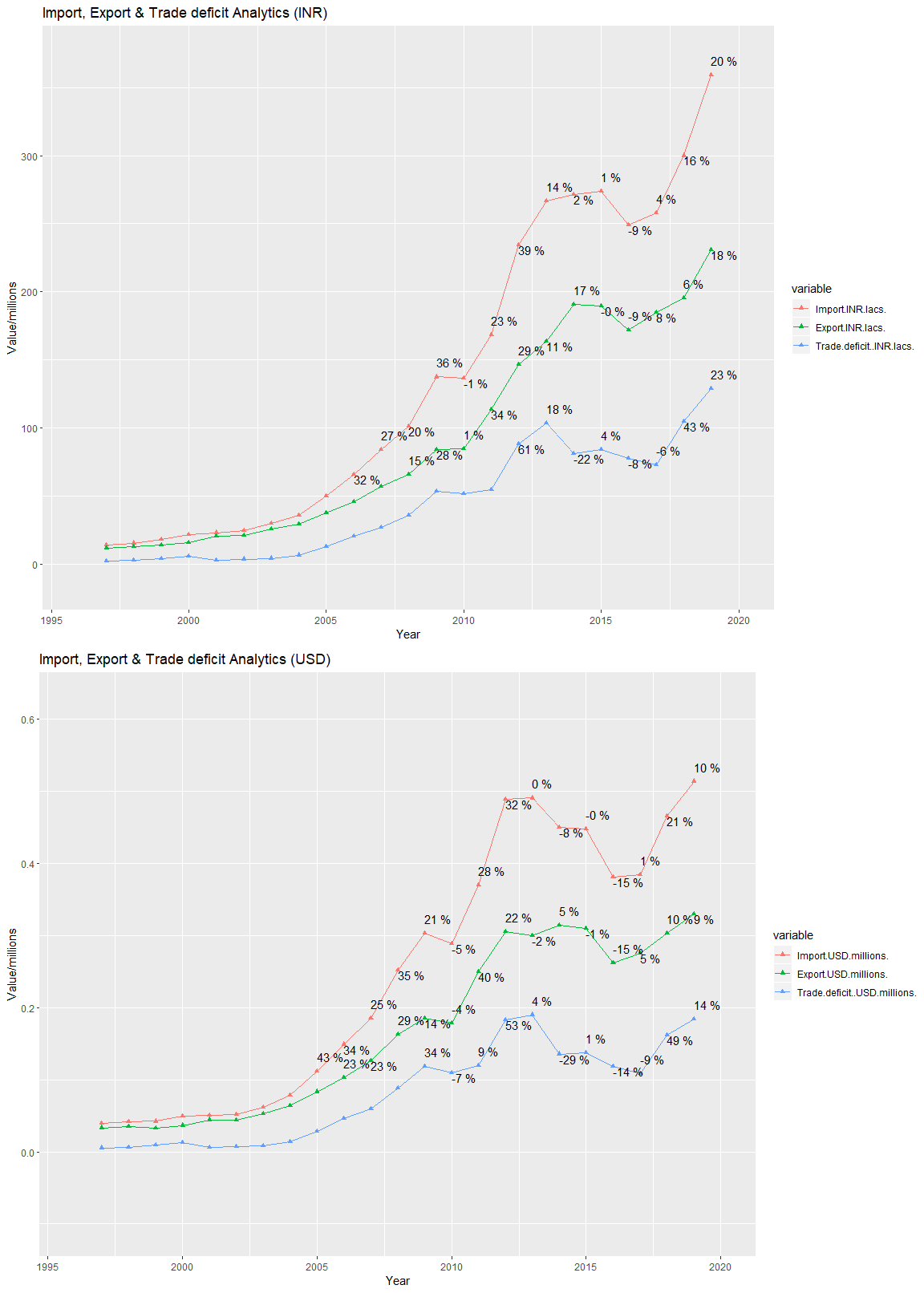 The below chart shows the import & export in USD & INR against the
exchange rate. All other variables affecting import & export were
assumed unchanged. Practically this situation is not feasible. 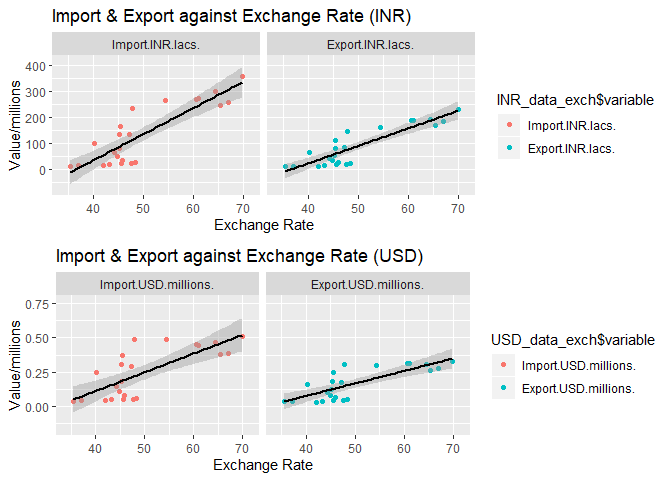 The below chart shows the import, export & foreign curremcy reserve in
USD & INR against the year. All other variables affecting import &
export was assumed unchanged. 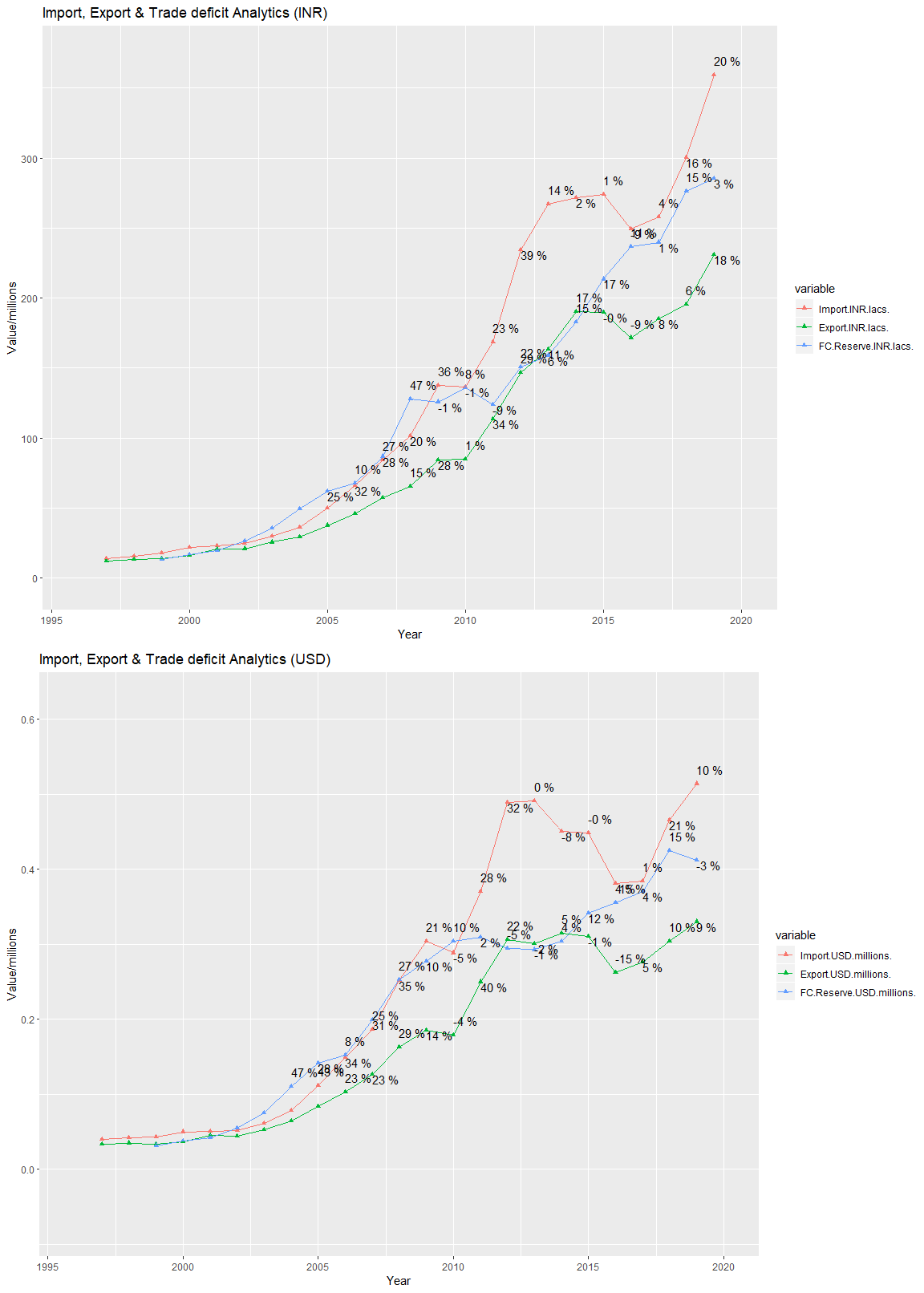 Even though both INR & USD charts look the same, the below findings
arrived from the USD chart. 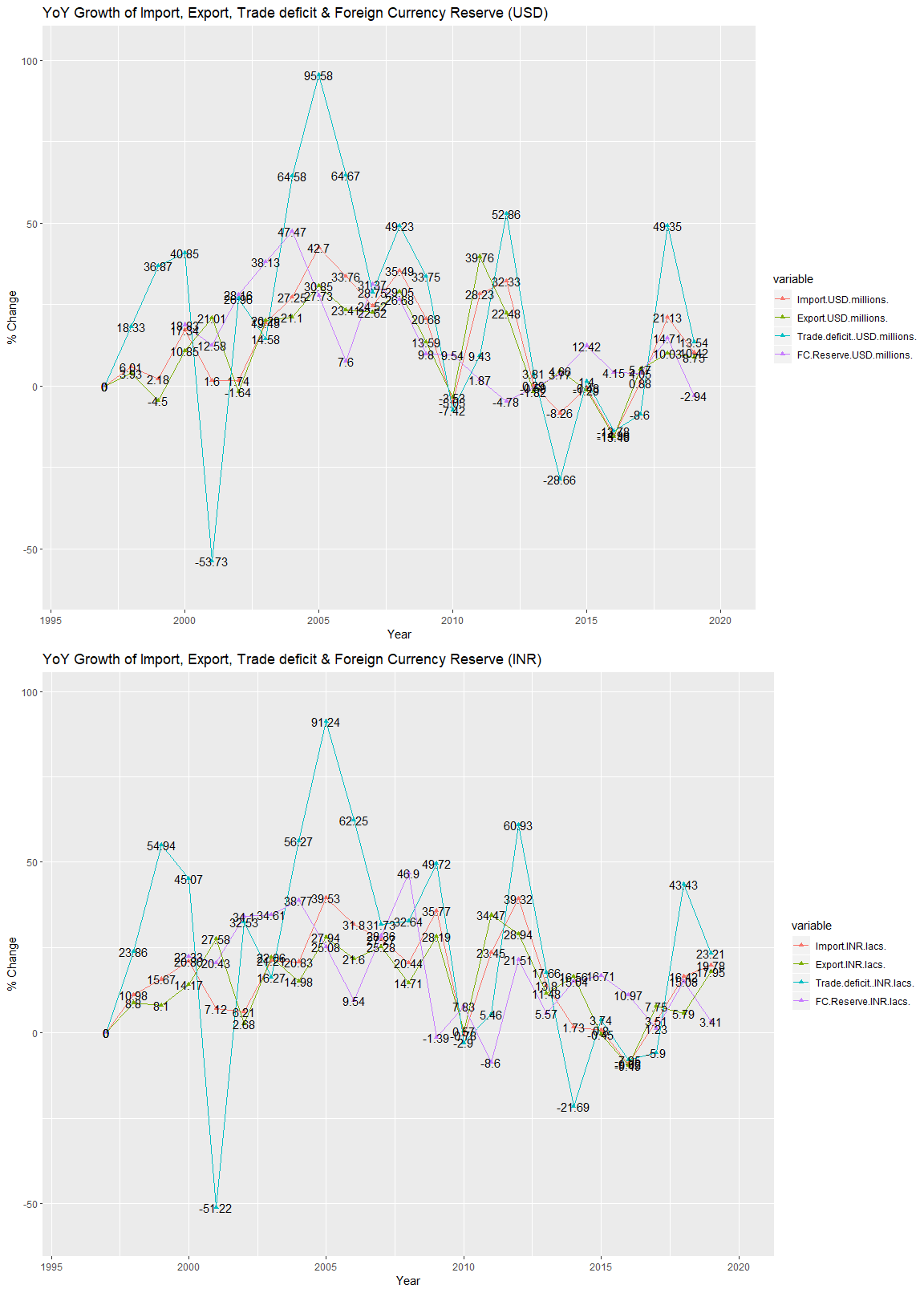