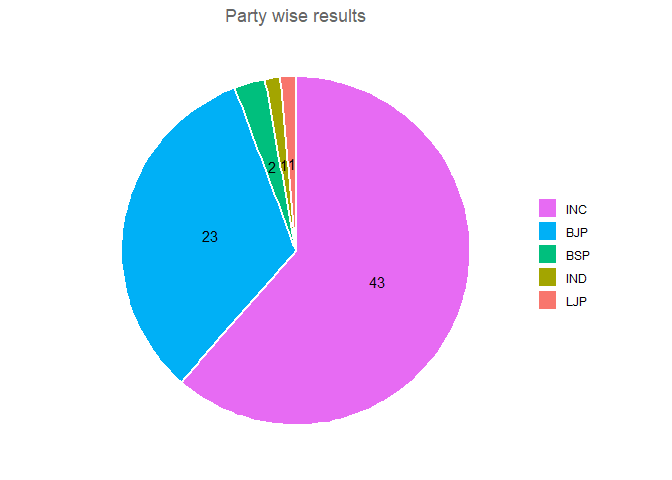 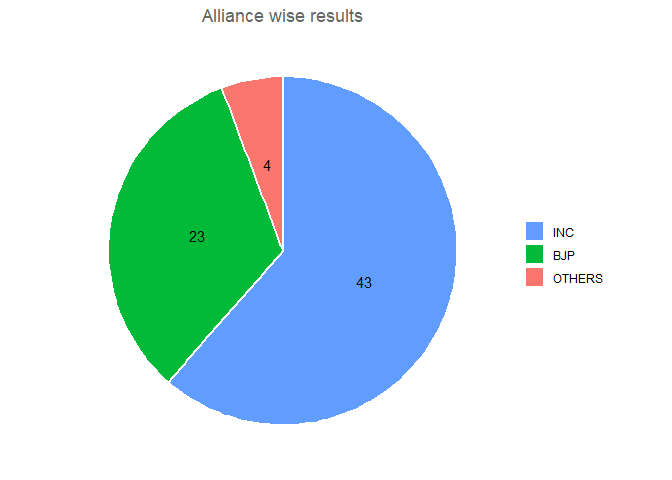 The 2008 election for NCT of Delhi legislative assembly had given a single majority stable government. Sheila Dikshit from INC was elected for the third time and she became the longest-serving female chief minister of India.

Indian National Congress (INC) got 43 seats and they have formed the government. The detailed results are shown in the below tables & PI charts.

The data file in *.CSV format can be downloaded from Delhi 2008 Legislative Election