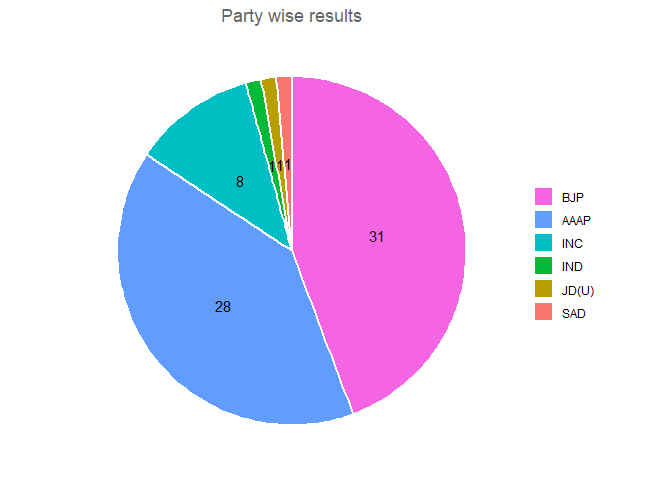 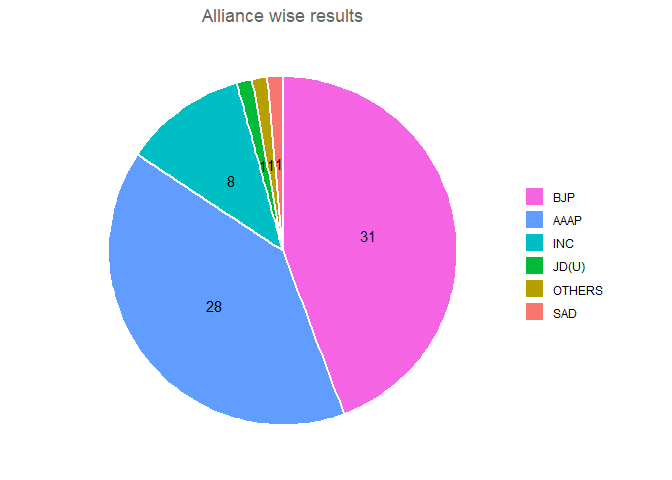 2013 election for NCT of Delhi legislative assembly had given a hung assembly.
Bharatiya Janata Party (BJP) got 31 seats, but they failed to prove its majority. It was the first election for Aam Aadmi Party (AAAP) and it got 28 seats. The detailed results are shown in the below tables & PI charts.

AAAP formed the government with external support from INC, but in Feb-2014 chief minister, Arvind Kejriwal resigned his position due to the “Jan Lokpal Bill” issue. The state was under President’s rule from Feb-2014 to Feb-2015.

The data file in *.CSV format can be downloaded from Delhi 2013 Legislative Election