Unlike other Indian states/union territories, Delhi was not having the same status from 1951. In 1951 Delhi was a Part-C state and “Chaudhary Brahm Prakash” became the first chief minister of Delhi. In 1956, it was made as a Union territory under the direct control of President of India. In 1966 the assembly was replaced by “Delhi Metropolitan Council” which is completely controlled by the Governor of Delhi and the council had no legislative powers. In 1991 the council was replaced by Delhi legislative assembly and the “union territory of Delhi” was formally called as National Capital Territory of Delhi (NCT of Delhi). NCT of Delhi is a union territory and it has its own legislature like Puducherry.

Below is the time-line of the status of “NCT of Delhi”: 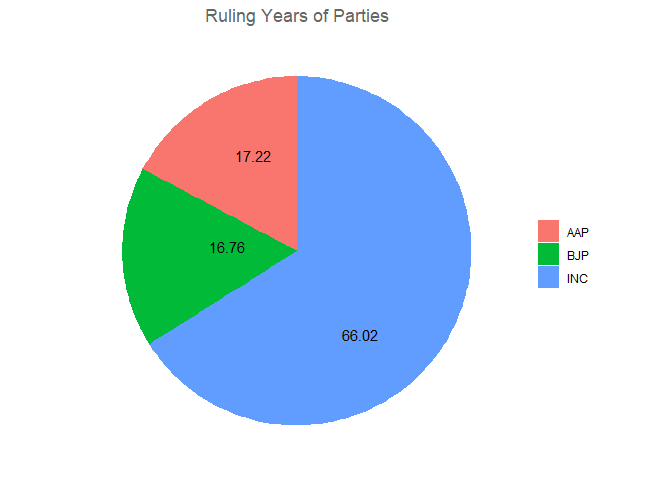 The below table shows the list of chief ministers of Delhi with starting date, end date, number of days in the post and party name. 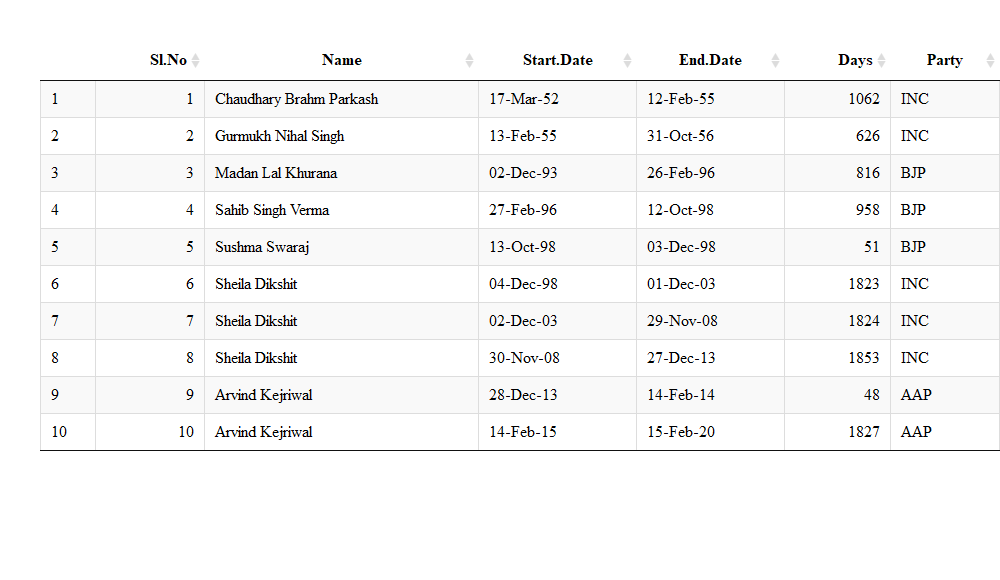 The data file in *.CSV format can be downloaded from Chief ministers of Delhi