INC & BSP vote share was growing until 2008 and it started declining afterwards. BJP is having a steady growth from 1983 except there was a sudden spike in 1993. AAAP jumped in from 2013 and they started dominating and the growth of AAAP is extraordinary. 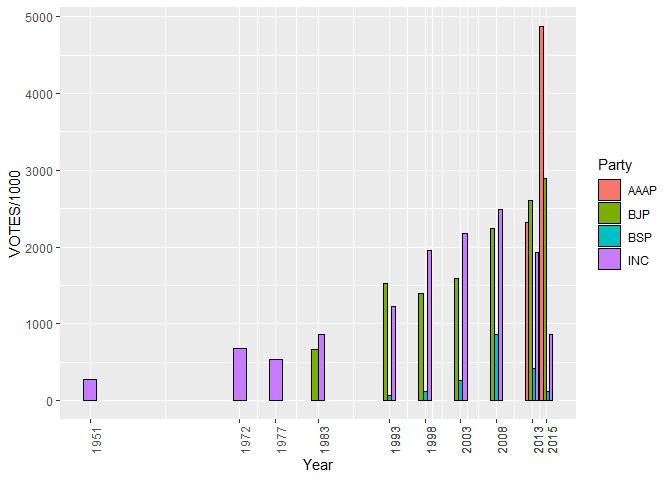 The below bar chart gives the details of winning seats for the four major parties in Delhi. Like most of the Indian states INC was leading for majority of periods and they got very less winning seats in 1977 & 1993. And from 2013 there was a drastic reduction.

AAAP the youngest party of delhi which influenced the 2013 elecction and thier growth was extraordinary in 2015. 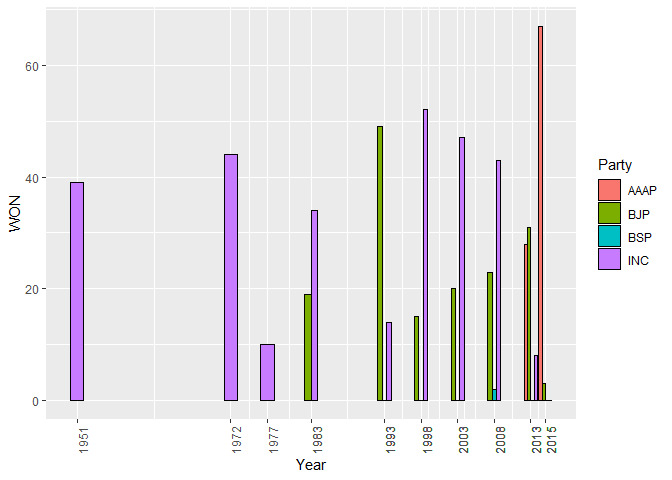 The below line chart shows the vote bank (Total votes received by each party against total votes polled) of the four major parties in Delhi.

There was a minor drop in vote bank for INC in the year 1977 and chart shows that there is a considerable decline of INC vote bank from the year 2008.

There was a minor drop in vote bank for BJP in the year 1983 & 1998, but BJP is growing at a steady state from the beginning.

BSP had good start and they were growing slowly up to 2008, but they have got very less votes in the year 2015. 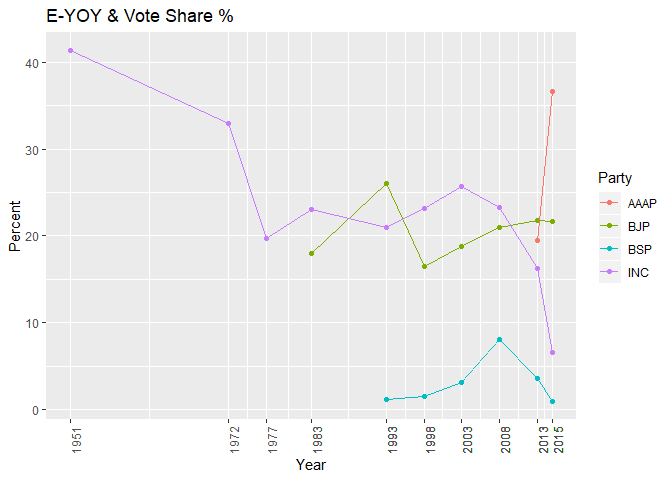 Change in votes for BJP & INC is stable compared to other parties, but the growth started declining from 1998 election for INC. The Vote bank of BJP is sustaining. BSP had a sudden spike in 2008, but there was a huge decline in further elections. Growth of AAAP is huge in short span. 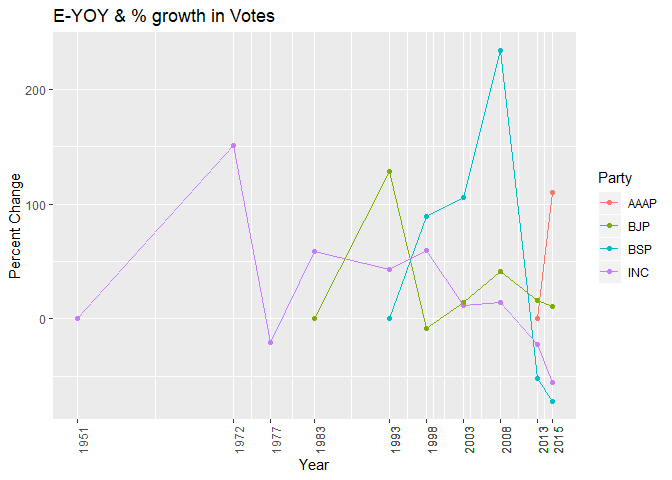