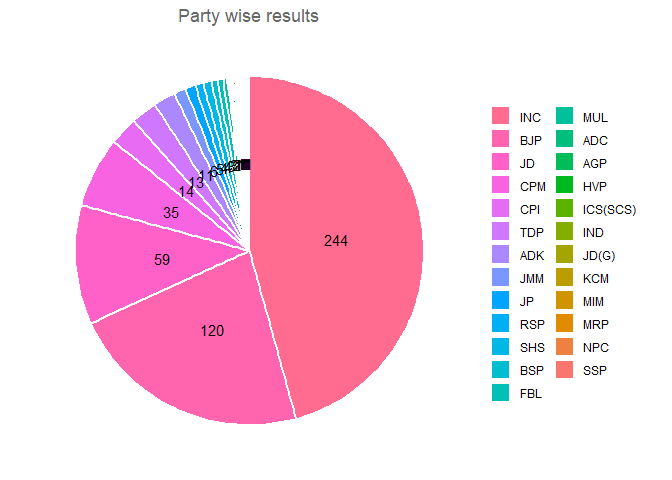 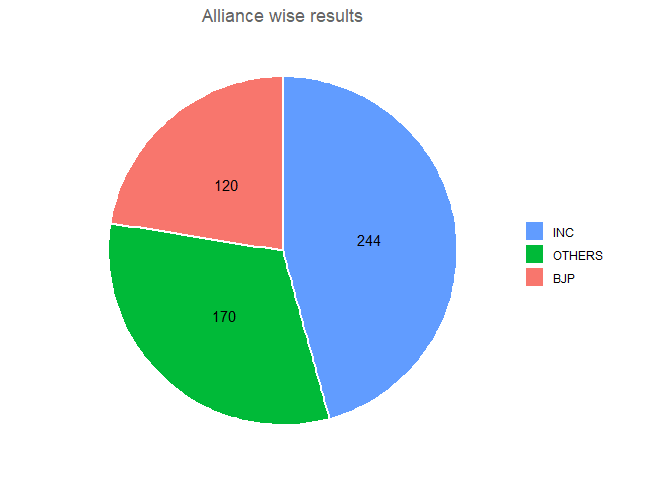 The government formed after 1989 parliamentary election got dissolved within 18 months and the next election was held in 1991. Due to insurgency, the voting in the state of Jammu & Kashmir was not held and due to violent activities, the voting in the state of Punjab was held in 1992. 1992 Punjab election results were merged with 1991 election results in this analysis.

Also, the voting was not held in two constituencies of Bihar & one constituency of Uttar Pradesh.

Mandal-Mandir, Ram-Janmabhoomi-Babri Masjid issue & the assassination of former prime minister Rajiv Gandhi are the three major deciding factors for this election. Out of 521 constituencies. Indian National Congress (INC) got 244 seats and it proved its majority with support from left parties, which had given a stable government for the next five years.

The data file in *.CSV format can be downloaded from India 1991 Parliamentary Election