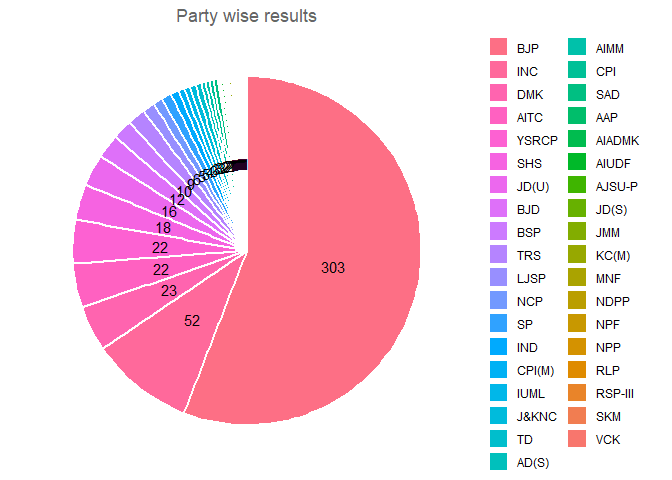 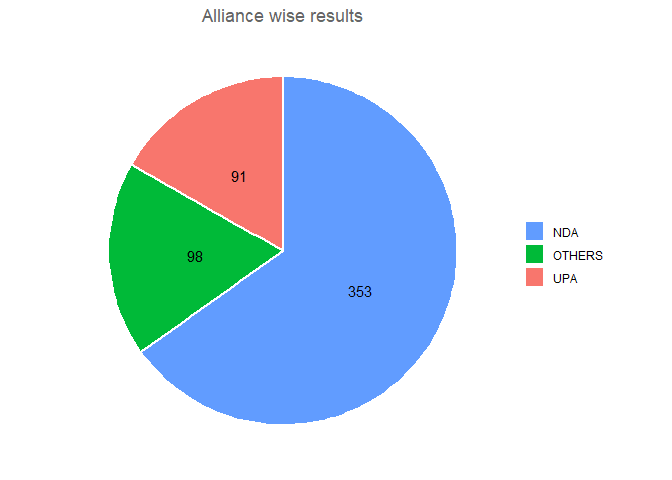 2019 general election is the 17th Lok Sabha election for India.

This election resulted in a single strong majority government established by Bharatiya Janata Party (BJP), under the leadership of Narendra Modi. The detailed results are shown in the below tables & above PI charts.

The data file in *.CSV format can be downloaded from India 2019 Parliamentary Election