Over View of Indian Parliamentary results - Summary of ruling years of various political parties in India & list of prime ministers of India.

“Democracy cannot succeed unless those who express their choice are
prepared to choose wisely. The real safeguard of democracy, therefore,
is education.” ― Franklin D. Roosevelt

India had 17 Parliamentary elections (Lok Sabha) & 17 Prime ministers
till 2019. Below is the summary of the total ruling periods of each
party to date.

The below pie chart shows the ruling periods of various parties in
India. INC has ruled India for more than 75% of the total independent
period. 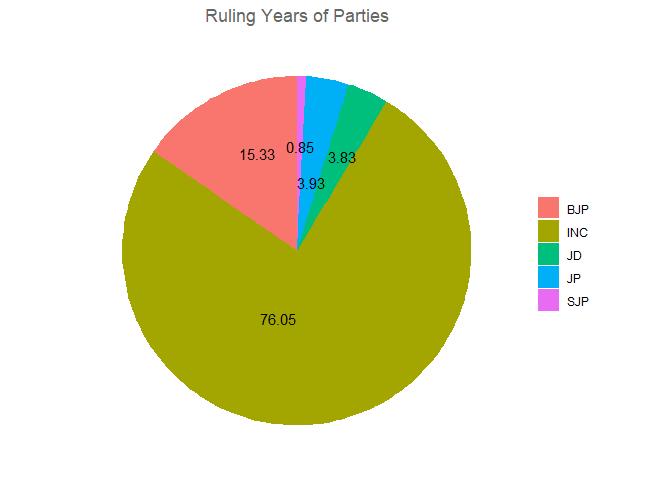 The below table shows the list of prime ministers of India with starting
date, end date, number of days in the post and party name. “Jawahar
Lal Nehru” was the longest prime minister of India as of 2019. 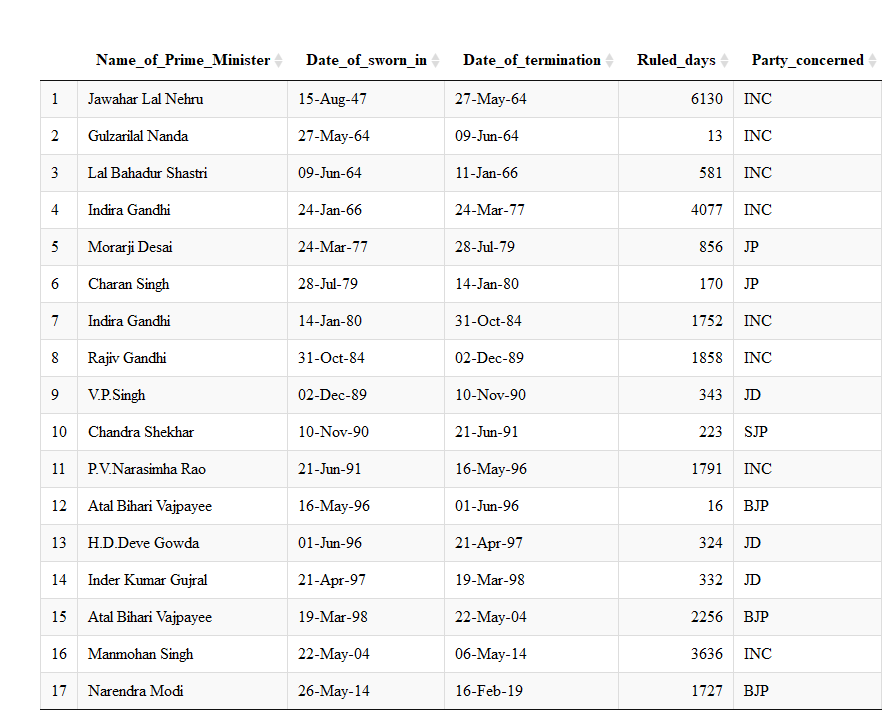 When independent India had its first general election in 1951, the biggest challenges
for “Sukumar Sen” (the first election commissioner of India) were

The data file in *.CSV format can be downloaded from Prime ministers of India