1967 is the end of national parties in the state of Tamil Nadu (TN) and
the state party Dravida Munnetra Kazhagam (DMK) won the election and
started ruling TN. From 1967, national parties never get a majority
chance to rule the state. DMK or AIADMK (All India Anna Dravida
Munnetra Kazhagam) are the two major parties ruling Tamil Nadu. The
pie chart shows the number of years ruled by each party. 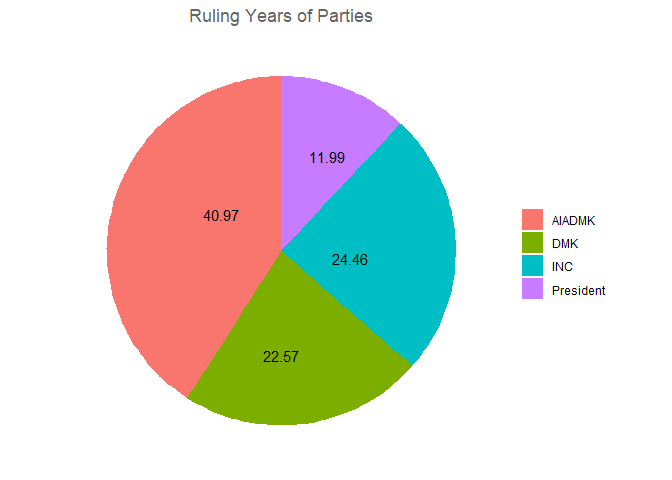 In 1953, the Madras state was renamed as “Tamil Nadu” and some parts of
Madras state were separated. The details are:

The below table shows the list of chief ministers of Tamil Nadu with
starting date, end date, number of days in the post, and party name. 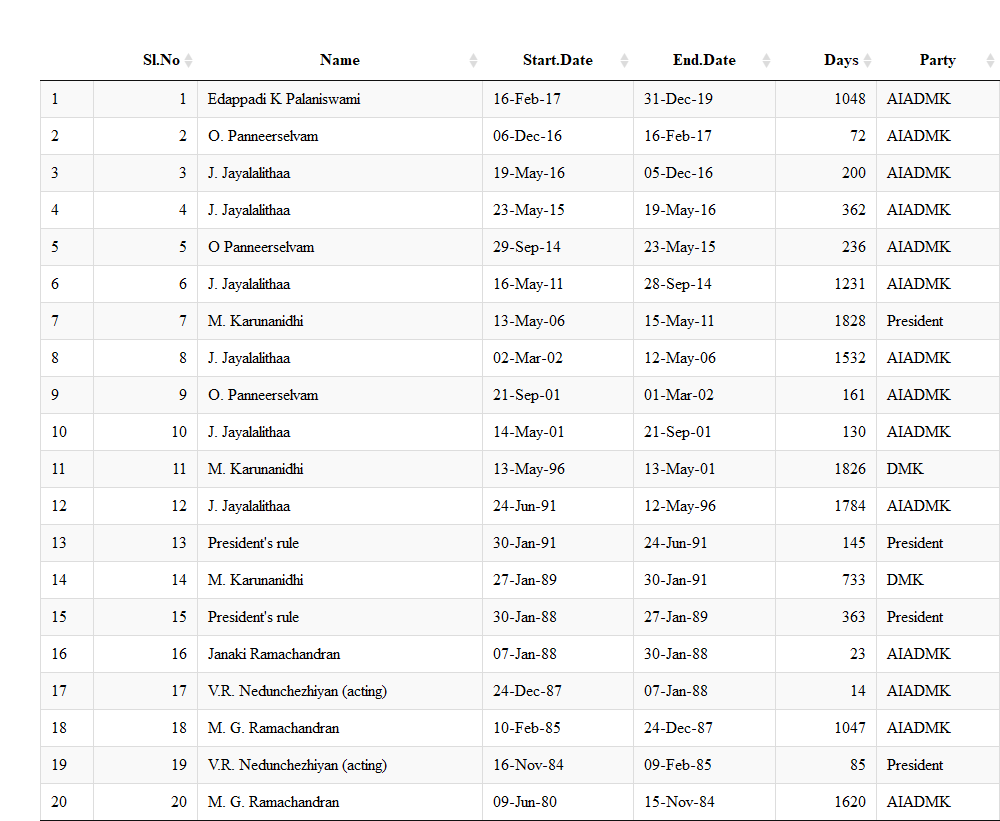 The data file in *.CSV format can be downloaded from Chief ministers of Tamil Nadu