The below bar chart is a comparison of Indian National Congress (INC)
votes against Bharatiya Janata Party (BJP) votes for each election
years. For better understanding

After independence non-congress parties were struggling to prove their
existence till 1977. Bharatiya Lok Dal (BLD) came into power in 1977 and
they got 7 times higher votes (7.81 crores) compared to the previous
election. From then, the vote bank of BJP is growing at a steady-state
and they got 22.85 crore votes in 2019. 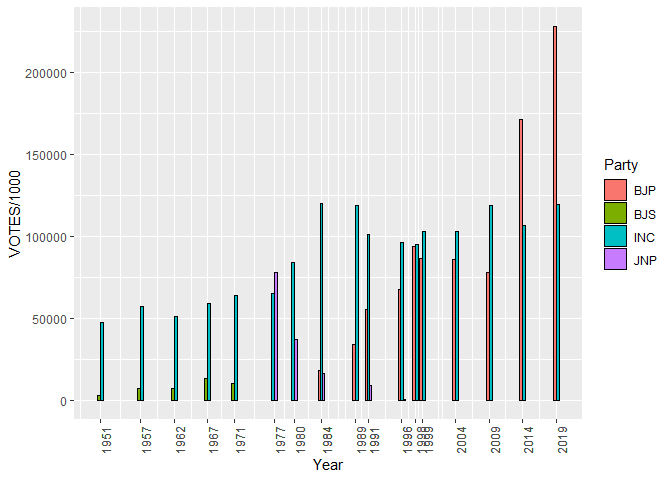 In overall there is a considerable downward trend in seats won by INC.
The first major drop occurred in 1977 (after the emergency period from
1975 to 1977) and they have retained the numbers in 1980 & 1984
elections. After 1984 the numbers have declined. 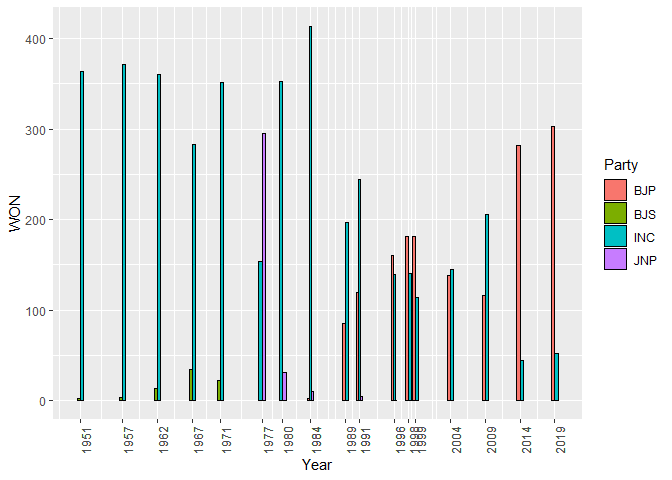 The below line chart has

This chart is plotted only for major parties in India. BJP was preceded by BJS, PSP, SWA, JNP & NCO
(or) some of these parties were merged with BJP,
so BJP data should be looked with these parties in heed for better understanding. 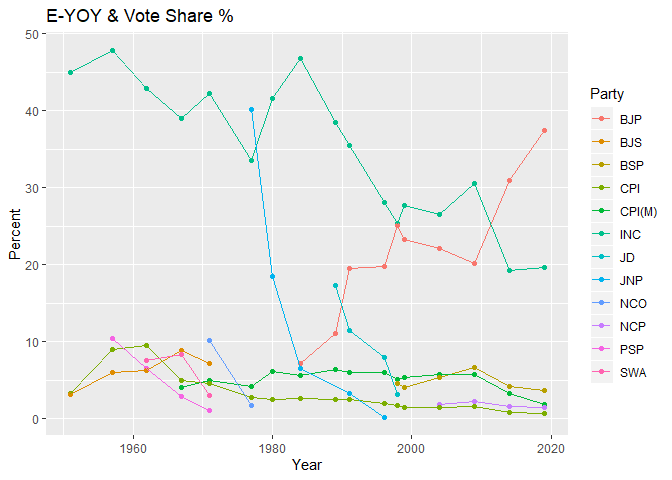 Below are the considerations taken into account for making this chart

The below line chart has 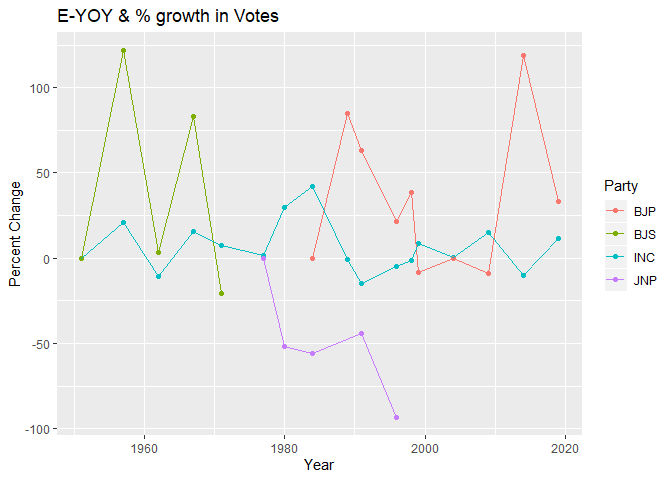