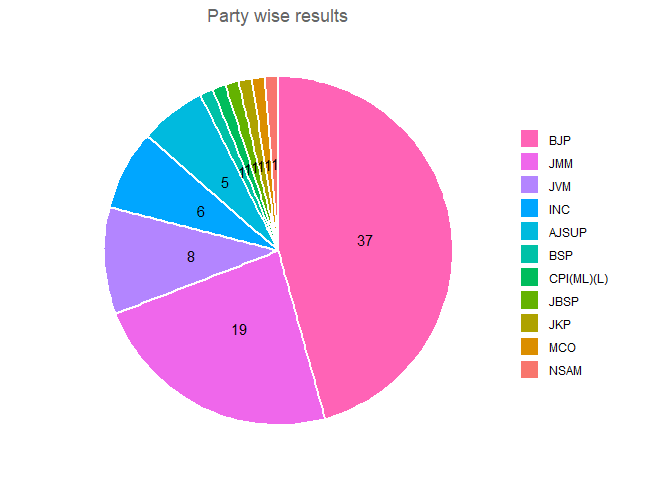 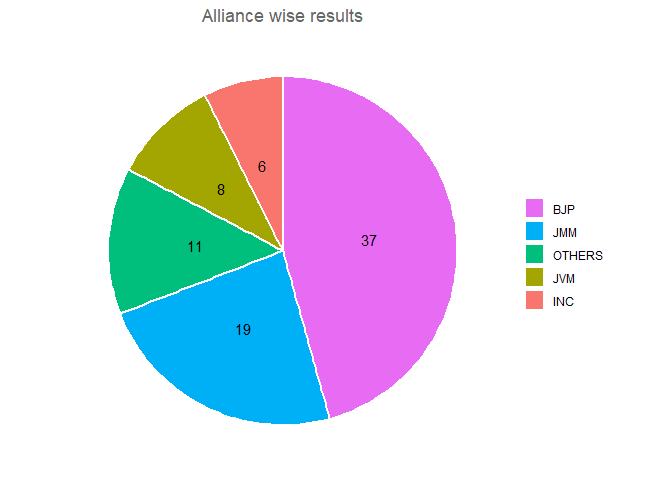 The 2014 election for Jharkhand legislative assembly had given a stable government for the first time. All previous elections resulted in a hung assembly.

Bharatiya Janata Party (BJP) got a single majority with 43 seats. 41 seats are required for the majority to form a government. The detailed results are shown in the below tables & PI charts.

There were no major alliances formed prior to the election.

The data file in *.CSV format can be downloaded from Jharkhand 2014 Legislative Election