Tamil Nadu electers and voters details for each election years

The below bar chart has the details of electors & voters for each
election years.

Electors - Citizens who have eligibility to votes

Voters - Electors who had cast their votes 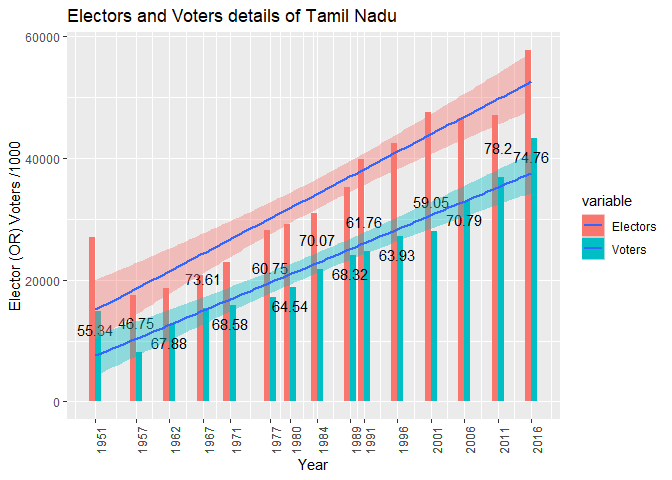 The above mentioned average values are calculated without considering
1951 data since there was a major change in constituencies in 1953.

The total voters in the bar chart for the year 1951 & 1957 were
back-calculated from reported polling percentage since Tamil Nadu had
dual member & single-member constituencies.

The line chart clearly shows that the male & female voting percentage is
traveling parallel to each other.

Female voters in 2011 & 2016 were slightly more than male voters and it
shows women in Tamil Nadu have started showing more social
responsibility.

The average percentage of male voters is calculated to 71.31%, which
is 11.31% higher when compared to India’s average polling
percentage of 60%.

The average percentage of female voters is calculated to 67.48%,
which is 7.48% higher when compared to India’s average polling
percentage of 60%. 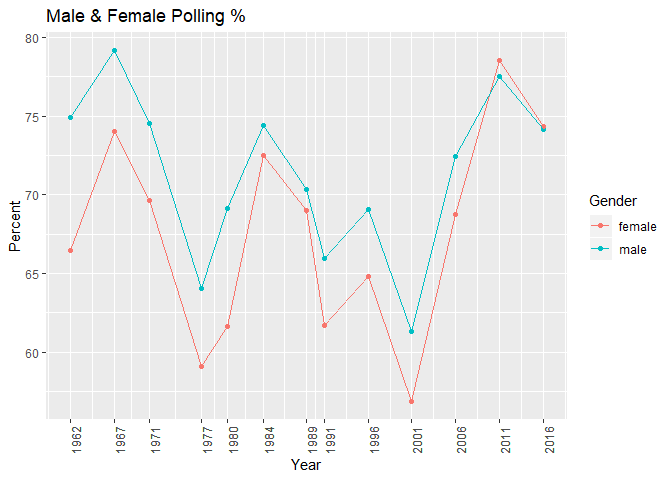 The data file in *.CSV format can be downloaded from Electors & Voters & Male, Female Voters